All the songs listed in the Official Rarities section are cross-referenced by song title in these alphabetical pages.
A-E 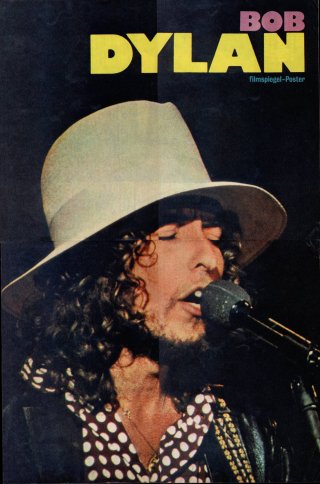 This nine-part section collects all song performances and interviews by Bob on VHS video and DVD (and laserdisc where I have information). I would be grateful for any additional information on these items and other material to place here. Video material included on CD-ROMs or CD Plus discs is still in the main directory in the appropriate part. The last VHS releases listed are from 2003, but I have retained the title "VHS & DVD" to avoid extensive page and navigation changes.

Films are listed by date of original appearance (in theatres or on TV), not when the VHS video or DVD came out, often some years later. This section does not include videos without performance footage, nor do I include music videos of standard album tracks - for a full Dylan filmography, see "Expecting Rain"

. Songs from regular albums that appear in films are listed here. Dylan-related video releases which have no Dylan involvement but which are nevertheless of interest to collectors are now here. Video releases of questionable origin now have their own page here. A new overview of all films that contain Dylan performances is now here. There are many more films that contain cover versions of Dylan songs, but they are outside the scope of this site.

For informed discussion of all Bob's screen appearances, see C.P. Lee's well-received book "Like A Bullet Of Light".

Thanks to Jean-Pierre Mercier for laserdisc details and catalogue numbers and Michel Pomarede for scans. Thanks also to Larry Crum for checking these entries against his own collection, "Positively Bob Dylan" by Michael Krogsgaard, "Bob Dylan on Video" (article in "Record Collector" magazine, Sep 1992), and several other sources. All scans that aren't credited are from my own collection or www.amazon.com.

When Blu-ray titles were originally released they were region-free, but now they are also region-encoded, with North and South America as Region A, Europe/Australasia/Africa as Region B and Central Asia including China as Region C. This is a very retrograde step!

Listings © 1998-2020
The rights to material from all quoted contributors remain with them. Copyright of all included poster and VHS/DVD/laserdisc artwork remains with the various audiovisual companies and artists.